Warning! We detected you are currently off-line, please connect to gain full experience.

Pretoria – Scores of Save South Africa activists were protesting outside the National Treasury building in central Pretoria on Tuesday, demanding that President Jacob Zuma resign immediately from his post. View pictures of ZUMAmustGO protest

Social media reports indicated that the earthquake was felt in various parts of Pretoria.
NEWSFLASH: Moderate earthquake felt in Pretoria

Residents of Pretoria, Johannesburg, Klerksdorp and Potchefstroom were awaken by an earthquake that occurred 8km south of Stilfontein on Monday morning. Read more Pretoria Earthquake

One card to connect them all

HISTORY was made yesterday when the city launched a cashless system on its buses. Called The Connector, the new cashless bus system will bring an end to the paper ticketing system, which has been operational on Tshwane Bus Services (TBS) since 1904. Speaking at the launch of the system at Church Square, executive mayor Solly Msimanga said automated fare collection would assist in ensuring proper financial accounting processes for the city. Read more at Pretoria News at NewsPaperDirect.com

Innocent Nemukondeni in trouble with University of Pretoria

Nemukondeni was sent to train with AmaTuks Under-19 team by first team coach Shaun Bartlett as punishment after participating in an off-season tournament without the club’s knowledge.
University of Pretoria midfielder Innocent Nemukondeni is in hot water with the club after refusing to train with the club's development team.

National police spokesperson Brigadier Sally de Beer said the police were now searching for a fourth man believed to have information required to recover the stolen IT equipment.
Three men have been arrested in connection with the recent break-in and theft of computers at the Chief Justice office in Midrand.

Pretoria man gets death threats after being mistaken for Spur bully
A Pretoria man says his life has been turned upside down after he was falsely identified as the man who aggressively grabbed a woman and threatened to assault her at a Spur restaurant in Johannesburg.
The incident happened at the Texamo Spur at the Glen Shopping Centre at the weekend.

Pretoria businessman Pedro de Abreu lost his two brothers and business partners, Joao and Jose, during a robbery at their Blou Bul Meat and Fish Market in the CBD on Monday 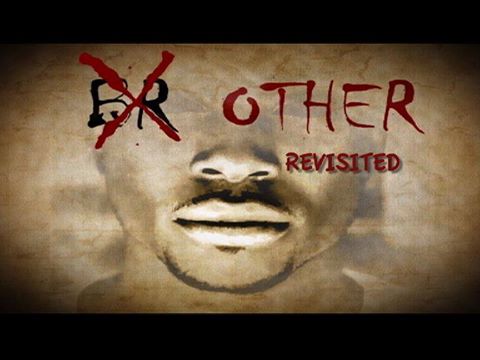 In recent weeks violence broke out after irate South Africans took to the streets of Pretoria, Rosettenville, Jeppestown and most recently, Centurion, in anti-immigrant protests. They claim their suburbs have been overrun by crime syndicates, dominated by undocumented migrants while authorities turn a blind eye. Last week Special Assignment exposed these criminal activities in Rosettenville, Johannesburg. This week we turn the spotlight onto Pretoria West and talk to two activist leaders on opposing sides of the battle line. "OTHER - REVISITED" was produced by Adel van Niekerk and airs Wednesday, 21h30 on SABC 3.

Police have fired stun grenades to disperse a group of EFF members protesting outside Gauteng Premier David Makhura's State of the Province Address.

Gauteng Premier David Makhura has warned opposition parties of using the deaths of Life Esidimeni psychiatric patients as 'political football' following an attempted disruption by the EFF during his State of the Province Address (SOPA).

A week after the violent events at Loftus Stadium in Pretoria, the Premier Soccer League (PSL) is yet to act.

South African maize farmers face lower profits in the coming season as they have to spend thousands more on pesticides to fight an army worm invasion.

Six people have been arrested after angry residents raided what they called drug dens and brothels, in Pretoria West, police have said.

The chief parliamentary whip of the ruling party has thrown his support behind the deputy president as the party’s next leader amid fears the ANC may lose power in 2019.